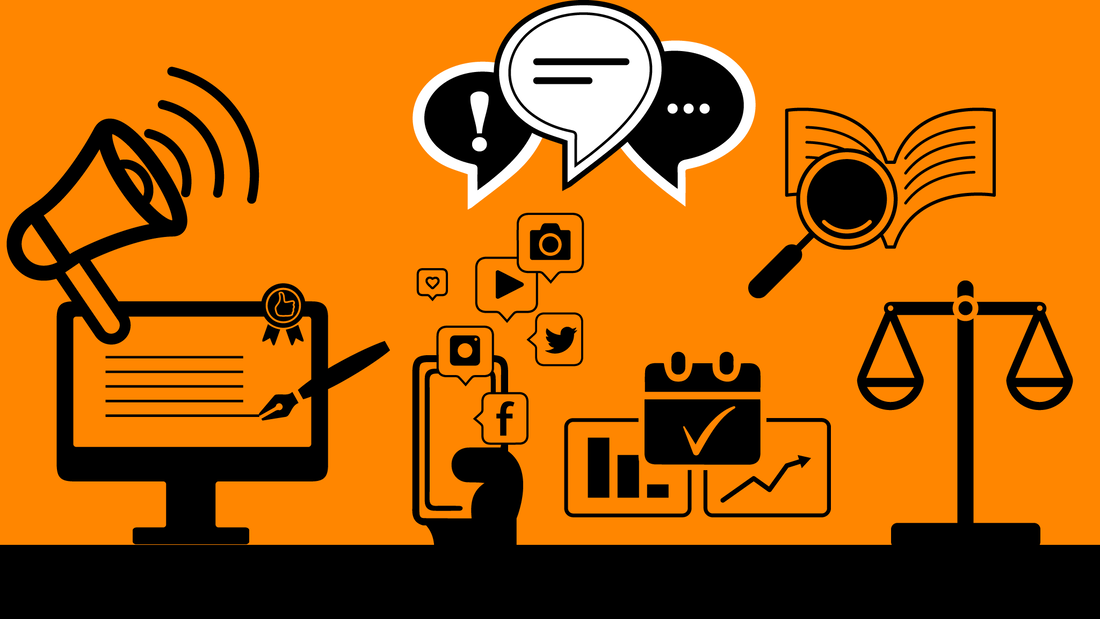 the basics of dialogue

Public dialogue is the engine of journalism on social media. When a newsroom/department addresses the audience on the internet, there is also a tacit agreement to communicate with the audience. There is a lot to gain from not just being a megaphone but also listening to the audience’s thoughts, opinions and views on the journalism we create. We can get new angles on a story, we can find new people to interview and do research – in the past and in real time.

A newsroom/department that works consciously and methodically towards building networks on social media can reflect minorities who would otherwise have been difficult to reach outside the internet, or find and cover sensitive issues from the "inside", for example through a closed patient group on Facebook. 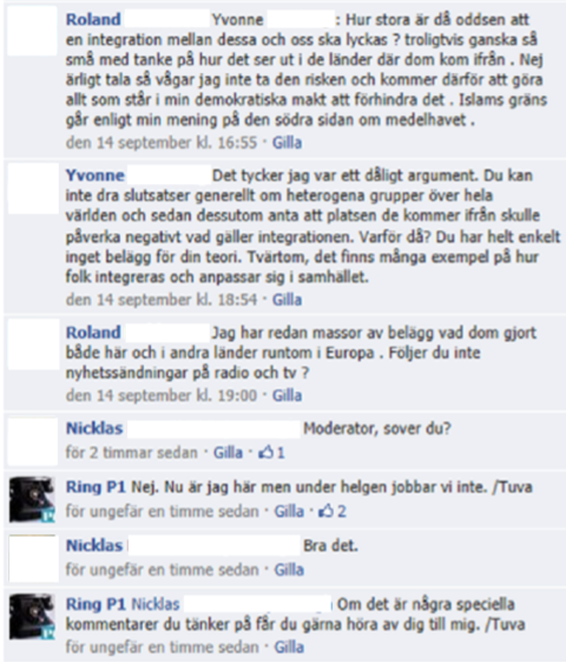 During this comment section quarrel Nicklas asks if the moderator is asleep. The moderator responds: "I'm here now, but during the weekends we are not working."

When you work with audience dialogue on social media, it is easy to forget the comments fields that are not quite as obvious. We see four main types:
​​​ 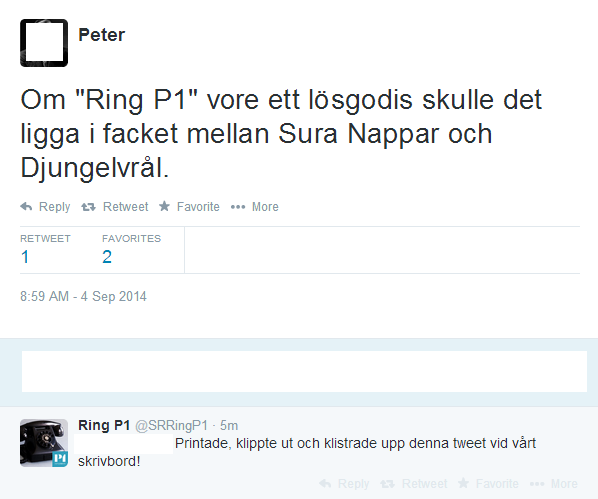 THREE TYPES YOU DO NOT WANT TO BE

Establishing a dialogue with your audience of journalistic value begins even before publication. The content and format of posts on social media that you want the audience to react to constitute the pillars for this dialogue. Think about and decide in advance:​ 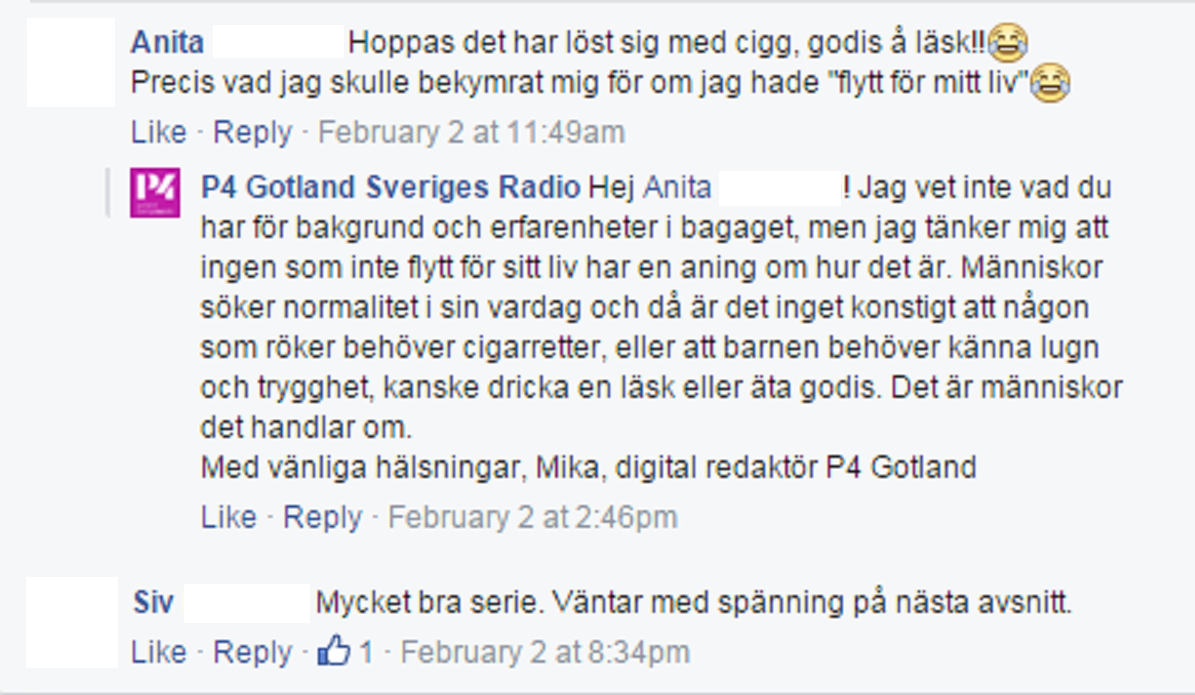 When you formulate your post, you can also ask yourself the question: Would I want to write something in this field? Do I understand the topic? Is it stimulating? Trust your own gut feeling. If in doubt, or if the answer is no, it is better to change the post: reword the text or change the angle. Maybe even choose a completely different topic.  But if the answer is yes, you will have given yourself a head start in the comments field and in the audience dialogue.

WRITE FOR THE GALLERY

In the best of all possible worlds, your comments fields will be like a summer picnic where everyone is happy, constructive and harmonious. That is rarely the case, however. Quite often, one or more people will post sarcastic, malignant or disparaging comments – comments that do not violate our rules but border on doing so. It can be hard to do, but resist the urge to let such comments stand without a response or to delete them because it feels ‘too hard’ to do anything else. A person who enters the comments field with an aggressive attitude and unpleasant tone is destructive even for the silent audience who do not directly contribute themselves, but only read what others write: the gallery.

In internet culture, people talk about the 1 per cent rule, which says that only one per cent of website users or a community actually contribute content: the other 99 per cent read but don’t write anything (they are termed lurkers). So you can count on your gallery being the majority of your audience.
​
It is your responsibility as moderator to handle the trickier comments so that other followers doing the right thing feel safe to share their thoughts and opinions. If you make it clear what applies in your comments field, lurkers are more likely to be encouraged to start participating in the conversation.

Swedish Radio has Comments Rules that apply to all newsroom/departments in the corporation, and to all comments field that they moderate. Click here to access these rules on our website.

​Here is a summary of what should be removed according to Swedish Radio’s Comments Rules:​
In the past there was a rule to maintain a "good tone", a rule which was removed because it was arbitrary and open to interpretation when applied to the entire corporation. Instead it is up to each newsroom/department and ultimately each moderator to determine what the limits are for a tone that is acceptable.

It is permitted to be angry and upset and use profanities and express oneself strongly in our comments fields, but it is the moderator’s task to assess when this is affecting the comments field negatively and to take a clear stand when anyone approaches or goes beyond the limits that the editors have agreed.

​The immediate effect when you take a stand against unpleasant comments is often that you receive an apology as an answer. The vast majority of people are not trying to be perceived as sarcastic or unpleasant, just as much on the internet as in a tea room or on a bus. ​ 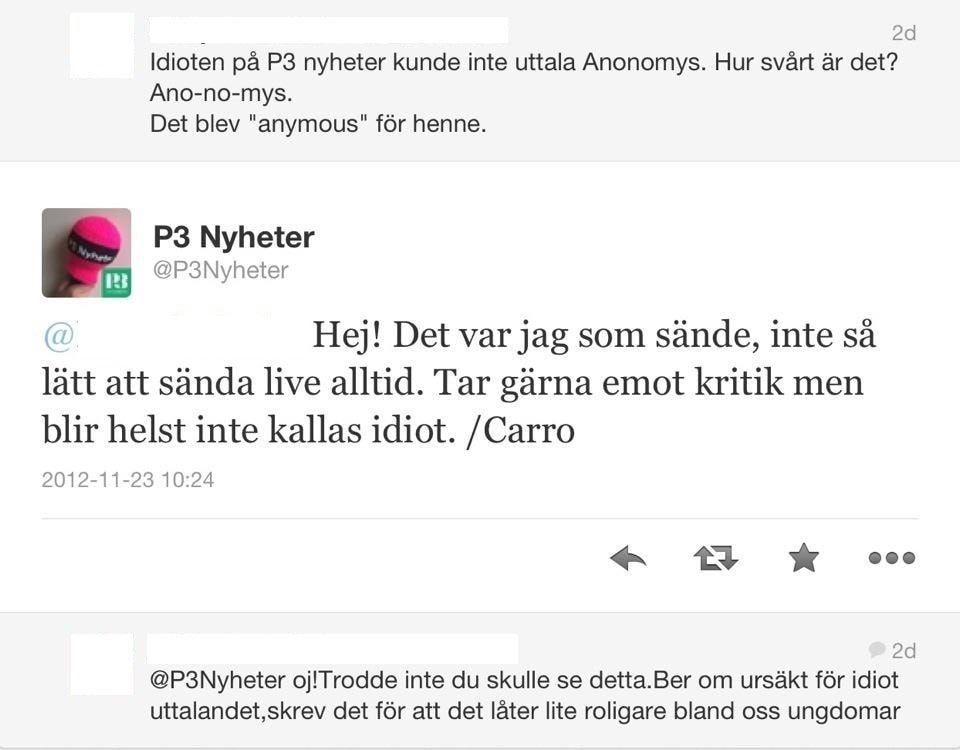