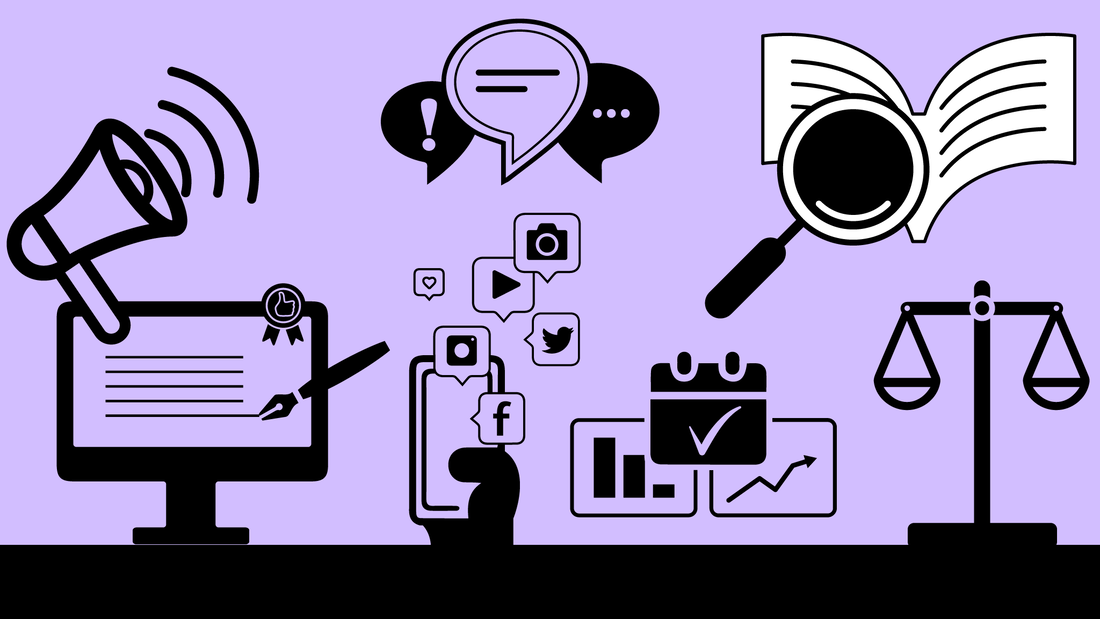 It is easy to falsify an identity online. You can lie about your name, where you are and the groups and organisations to which you belong. And disinformation is common, especially in connection with major news events or controversial developments. For example, a mixture of correct information, rumours and deliberate dissemination of false information has been a hallmark of information flows on social media about acts of terrorism worldwide in recent years.
​
Journalists need to keep a cool head and assess and check information from the internet before they use or publish it. Where possible, try to contact sources by phone. It is easier to lie in an email or chat message and it is relatively easy to forge an email address.

On the phone, you can also ask a source follow-up questions more easily than in a written exchange. However, making phone calls can also take up a lot of time. Consequently, it is a good idea to screen your sources first.
​

A FEW EXAMPLES OF SIMPLE CHECKS:​

A telling example: In 2013, the regional paper Norrländska Socialdemokraten (NSD) wrote an article saying that the actor Bill Murray had praised the tree hotel in Harads on Twitter (the article is still available as originally published, ending with “NSD has tried in vain to reach Bill Murray for a comment”). 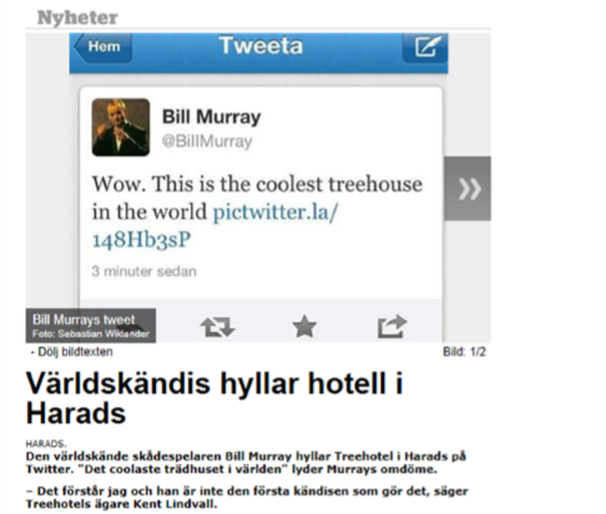 But in the paper’s own comments field, the users Outsider and Ko Ol point out that the news was a bit too good to be true. 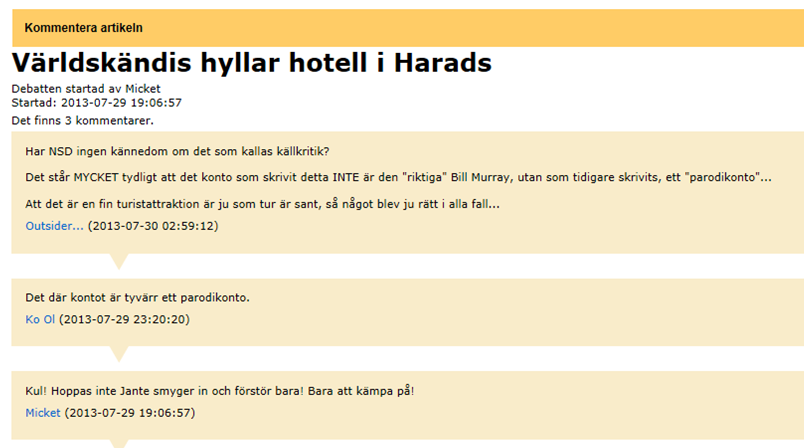 And they were quite right. @BillMurray’s profile information on Twitter states explicitly that “this is a parody account”. 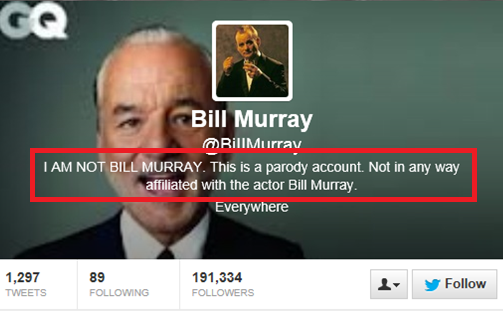 Source criticism is essential to all journalism. For social media, this is often about quickly being able to verify the veracity of photos, videos, text and ‘evidence’. An essential question to ask in all verification is: “How do you know?”

Almost everything online can be manipulated, but, if you check the information in several different ways in parallel, it is easier to identify fakes. Journalist and author Jack Werner, formerly on Metro’s ‘Viralgranskare’ editorial staff, has suggested two verification questions to start with when assessing the content of social media:
​​
If you have enough to want to continue, and you are verifying photos or videos, you can verify the following aspects: ​

Does the story contain actual facts? ​

A characteristic of second-hand information is that it concerns ‘a small town’, ‘a girl’ or ‘something that happened to a friend (or a friend of a friend) recently’. If there is no exact information at all, you need to be very much on the alert. Does it seem too good to be true? The logic of propagation – which says that people tend to spread information that they have a gut feeling is correct or confirms their own views or own world view – is widespread online and in social media. 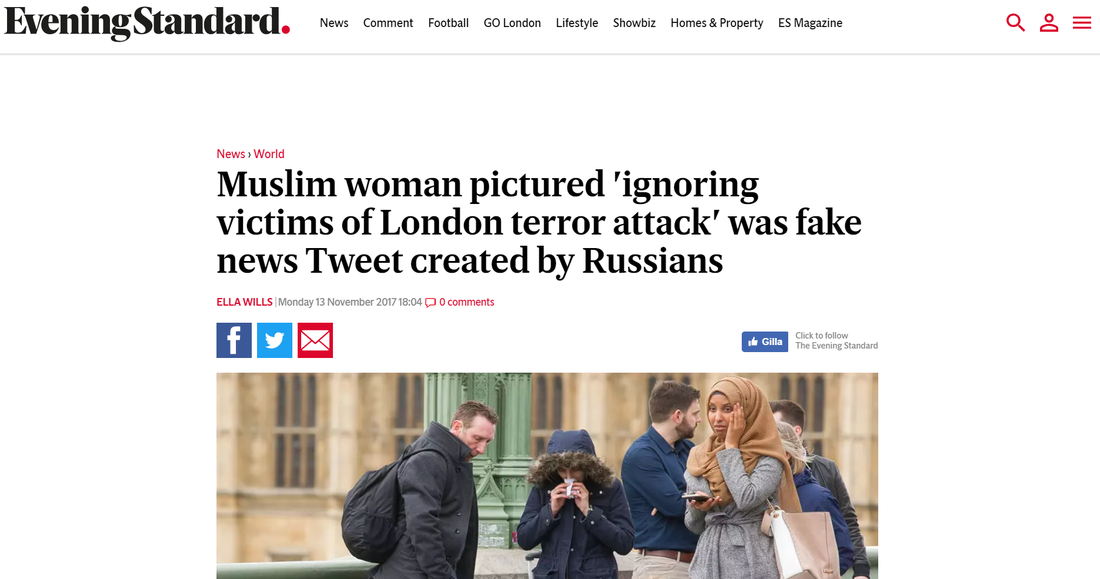 Is the photo or video you see on your screen the original, or has someone manipulated or copied it, or found it in a Facebook group, for example? Take screen shots and save what you find in case they are subsequently deleted. Some things worth considering:
​​​

Find out who is the original source of the photo/video/text/information. Preferably make direct contact with the source by phone. There are several easy ways of checking a source’s credibility:​​
​

A common internet phenomenon is that photos and videos that are disseminated in connection with major news events were taken at a different time and/or a different place. If you are uncertain, you can check the following:​​
​

Independent sources (that confirm the above)

Have you confirmed genuine photos taken in the same place but from a different angle? Are there facts from news agencies that confirm the information you have? Are there verified, reliable individuals who know your source? The credibility of the source is then greater, provided that they really are independent and are not citing the same source as you. It is a good basic criterion to always have more than one source before you use a photo/video/information in your reporting.